The Story of The Baker

A story we often tell when we get asked what Project House is all about, is one about a Baker who loves to bake pies.  We’ll call him The Baker.  The Baker made pies all of the time.  His pies were well-loved by his family, who demanded pies for every conceivable occasion.  His pies were delicious and better than anything available in a shop.  Over time,  The Baker started making pies for his kids’ fundraising events, for his friends and their friends, and before he knew it, his pies were in such high demand that he had a business on his hands and he needed to hire some helpers and find a community kitchen space several days a week just to keep up with the orders.

Sandi is Project House’s Engagement Manager.  Her many responsibilities include welcoming and onboarding new clients, training new team members, tracking all of our projects, and keeping on top of monthly commitments and events.  Sandi joined our team in March 2015 and she has been instrumental in helping us keep the trains running on time ever since!

Feeling Pinched? 10 Signs It Might Be Time For A New Office Space

You might be feeling the pinch of an overcrowded workspace without even realizing it. Here are 10 reasons it might be time to upgrade your office space: 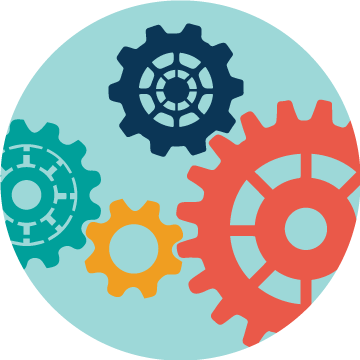 Connie Pretula is an inspiring health coach to mature corporate women, using a holistic approach to nutrition and life.

The design team at Project House was thrilled to partner with Connie to design and create a beautiful and informative marketing brochure, using key messages from her mission and values in combination with beautiful new photographs of Connie and her food, taken by our talented pal Kevin Shoesmith.

What the heck is an .eps file?

When working with a Graphic Designer, there comes a time where the final art files are delivered to you, and you can begin the exciting process of planning what you’d like to do with them, be it for a vinyl wall decal or in an email signature. Knowing which file type should be used for each of these kinds of projects can be confusing – should you choose a .png or .ai? …and what the heck is an .eps file?

These questions can often pop up when a branding folder full of logos using different file formats is handed over to you, and as with most things, clear communication is key to getting the most from your designer and saving time and money. Rather than a flurry of emails explaining what type of file to use and where, it helps to understand the basics of file types and to know exactly what you want out of the final product and which files you need to get it done.

Here is a guide to some of the different file types used by Project House Graphic Designers on a daily basis to help our clients make the most of their graphic projects. We’re going to start today with raster and vector based files, because this is the major differentiator of file types. 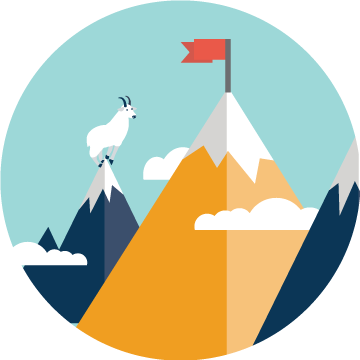 As a kid, I was very uncomfortable with conflict. I wanted everyone to get along, and when they didn’t, it made me uneasy and anxious. I often tried to solve problems that weren’t really mine, and was eager to build bridges between people in an effort to keep the peace.

Early in my career, as a newly promoted manager in video games, I continued to struggle with conflict, as I interpreted all argument as discord, and I believed it was my responsibility to maintain harmony within the team in order to keep people motivated and moving forward. Once, in a technical team meeting, a discussion about how to approach a challenging new feature turned into a particularly heated argument. As was normal for me, I waded in and tried to diffuse the tension before it got out of hand. A software engineer (who I have since thanked) turned to me and told me that, by trying to make everyone get along, I was in fact blocking creativity and the healthy flow of ideas.

Rather than creating harmony, I was interfering with the sometimes messy process of solving problems, and I needed to stop seeing disagreement (and even anger) as negative. I needed to let the team solve their own problems and learn through the process of decision-making, especially mistakes. I couldn’t protect them from taking a wrong turn, and more importantly, I shouldn’t.

As a consultant, I often work with new managers who are trying to find their “sea legs” within a leadership role. As subject matter or craft experts, they have been effective and experienced, and this excellence has been rewarded with a promotion to manager. The challenge of transitioning effectively from “getting it done” to “getting it done through others” can sometimes take a competent and respected worker by surprise and make them feel uncertain about how to measure their own success. As a result, they can slip into a pattern of solving problems that are no longer theirs, as that is much more comfortable.

I recently read a very insightful article by Joseph Grenny, calledWhen to Solve Your Team’s Problems, and When to Let Them Sort it Out . In the article, Grenny says this: “Prior to taking a management role, you can measure your contribution to the organization by counting the number of important problems you solve. But the day you become a manager, the arithmetic changes. Your success is no longer measured by how many problems you solve. Instead, your role is to build a team that solves problems.”

Solving other people’s problems and putting out fires takes a lot of time and energy. It’s unproductive and doesn’t teach others the skills they need to solve their own issues creatively. Worse still, it doesn’t allow for the learning and growing confidence that comes as a healthy by-product of tackling challenge and conflict.

In his article, Grenny also explains why effective managers first ask, “Who should own this problem?” As a manager, leader, and parent, I often find myself in situations where I need to make a conscious decision to either step in or step aside, and asking to whom the problem really belongs is a very effective filter to use.

I have never forgotten that meeting early in my career as a manager and the advice to change my point of view to see healthy conflict as a catalyst to problem solving. I have spent many years learning to appreciate the benefits of clashing and passionately fighting for what you believe is right. Today, I enjoy coaching others through their own discomfort to see that conflict can often be a key component to getting to the right and best answer.

We like to think that the story of Project House reads like so many of the great partnerships. We started as friends, discovered a similar passion, and the rest is history. Of course it’s not as simple as that. We didn’t hang out in the garage tinkering with computers like Steve Jobs and Steve Wozniak, but we are next door neighbours. So we saw each other every day, rushing to get our kids to daycare on the way to highly demanding, senior management positions in traditionally male-dominated industries. It didn’t take long for us to recognize the same harried look – and the same desire for change.

A few heart-to-hearts over tea (ok, it was wine) planted the seeds that would become Project House. What could we do to turn the traditional workplace on its head and make it better for families? After a year of hard-core planning, a vision emerged for a company that would give women an opportunity to achieve real life balance. A company that would give us a chance to do rewarding work while helping other companies get stuff done. Now in our fourth year of partnership, we are proud of the company – and community – we’ve built. Project House has a growing team of permanent employees and exceptional contractors. We love what we do, and we’re doing our part to change the way the world thinks about work. What could be better than that?